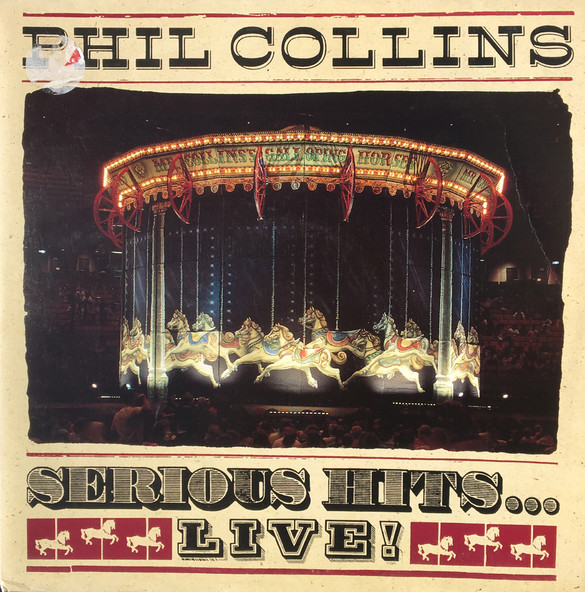 Every now and then my Jim would take pity on me, and not play jazz as we were driving along. He would add a CD of what he called "pop trash" to appease me. I WAS grateful for a little Phil Collins after weeks of commuting to one modern jazz piece after another.
Phil Collins Serious Hits Live filled the bill quite nicely. Toe-tapping tracks include:
All tracks were recorded live and produced by Phil Collins and Robert Colby. Engineered by Paul Gomersall, and mixed by Gomersall and Colby. the CD was released in 1990 by Atlantic Recording Corporation.
My favorite piece is One More Night - not for the romantic ideas the song presents - but for practical matters. If I had one more night I would ask Jim "What is the password for such-and-such site," "Where did you put the safe deposit box key," and "which button do you push to get the CD player to work."
I would also tell him about Downton Abbey.  He was always asking what the show was about.  I never took the time to tell him. He was too busy watching basketball games to care about a period piece soap opera. So sorry I never told him. I would also tell him about his kids and grand kids and what great people they are. Oh, we would talk all night! But back to Phil Collins....
Philip David Charles Collins was born in 1951 in West London.  He started playing drums at age five, and grew into international fame.  He landed in with 70s band Genesis as the drummer, and moved on to vocalist after lead singer Peter Gabriel left. He expanded his career to include solo work, and earned  numerous awards. His work is also featured in several Disney productions Of late,he is performing in his Last Domino Tour in and around England - but currently on hold because of the pandemic.
Learn more about Phil Collins at Wikipedia . Watch In the Air Tonight reaction video by twins Tim and Fred  Williams.Watching them react to the awesome drum solo which begins in the middle of the song is a hoot. I'm glad they appreciated it. Hmm the music fades out.  Guess Youtube thought I was stealing.  You can go directly to youtube and listen here.

Email ThisBlogThis!Share to TwitterShare to FacebookShare to Pinterest
Labels: swing