Return to Forever by Chick Corea 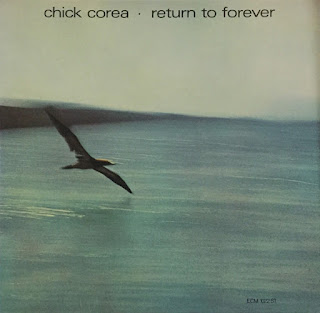 I knew it would come to this.  Chick  Corea was one of my Jim's favorite artists - often playing his tunes in the car as we drove along. But to be honest, I did not like or particularly enjoy the new jazz music.  Yes, there are many sections I enjoy, however the sections change quickly  without any rhyme or reason. To me, it is just a mish-mash of pleasant sounds thrown together. Splat!

There are four tracks on the album, first published in 1972 and later transferred to the then new CD format:


One moment I am enjoying Return to Forever. The next I can't understand why the tunes are yelling at me. Crystal Silence is enjoyable at first,but makes a quick change, and I feel like my once 4-year-old at his sister's grade four band concert.  "Make them stop.Make them stop!" he cried. What Games Shall We play Today is my favorite.  It carries on in a sing-song way, kinda' like it's title. Sometime Ago - La Fiesta  rattled me.  At first I am humming along, an then a quick change into - to me - discordant sounds.

Oh well.  I will have to just agree to disagree with Jim on this album.

Armando Anthony "Chick" was born in 1941 in Chelsea, MA and grew up in a musical family. He said, "There were always musicians around. My dad would come home from a gig...he'd bring the band back, they'd have their tuxes on and they'd loosen their ties and my mother would cook some pasta."

Chick began studying piano at age four.  His love for that grew as his love for jazz, and he became known as a piano and keyboard expert. He took jazz to new levels. Read more  about him. Learn more about the 23-time Grammy-Winning Jazz Legend, Pianist and Composer at his Web site.Dig in and you'll find schedules for concerts, training for professionals, a blog, and store for all your Chick Corea CDs and T-shirts. Or, listen to some of his music on Youtube.

I enjoyed listening to the music, and remembering how my Jim used to tease me with it. "Shall we listen one more time?"  Mwa ha ha?
Posted by M. Fisher at 9:12 PM No comments: 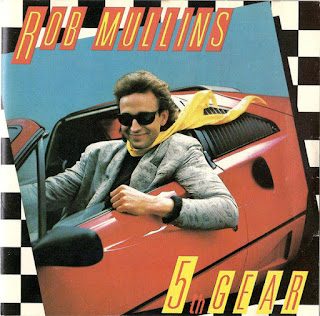 What wonderful background  music! I enjoyed Rob Mullins 5th Gear. I can see my Jim working at his desk with this accompanying him.

The contemporary jazz album was recorded in 1988 by NOVA Records Inc.  Mullins produced the album with Co-producer Kevin Clock and Executive Producer David Gimpel. The album featured
Rob Mullins, Marty Ruddy, Larry Thompson, Steve Reid, and SteveTavaglione, and came up with the song list below. They worked together with Mullins, known as an American jazz pianist, studio keyboardist, composer, producer,  arranger. recording engineer,, composer, and producer. Whew! That's quite a line up!


Track List
Japanese Girl
Larrys Tune
Georgia On My Mind
Rockin' at the Regas
Memories of Tomorrow
5th Gear
Nora
Looking for Money
The Bush Patrol
Home
Reverie
Sky's the Limit
Larry's Tune and The Bush Patrol are my favorites.   Just can't seem to keep my feet still as I am driving down the road listening to them. planetmullins.com is the address for his Web site. Check it out to see when his next live performance is.
Mullins was born in Enid, Oklahoma in 1958, end eventually moved to Los Angeles, California.You can tell by the smile o his face as he drives his red convertible, pictured on the album cover, that he enjoys his music career.  Learn all about him during a recent interview with him in his home town. Or listen to my favorite Larry's Tune here. I won't blame you if you  get up and dance! 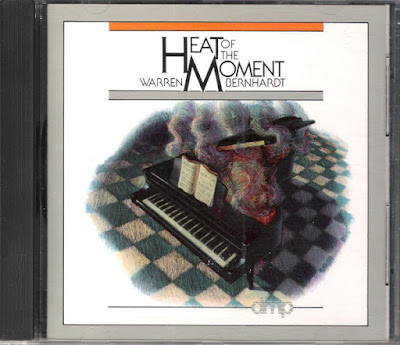 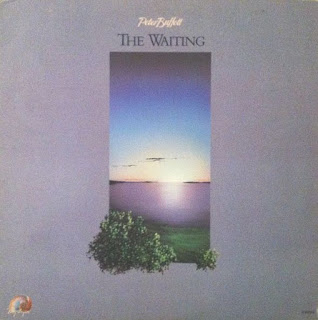 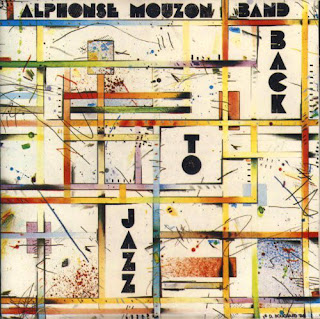